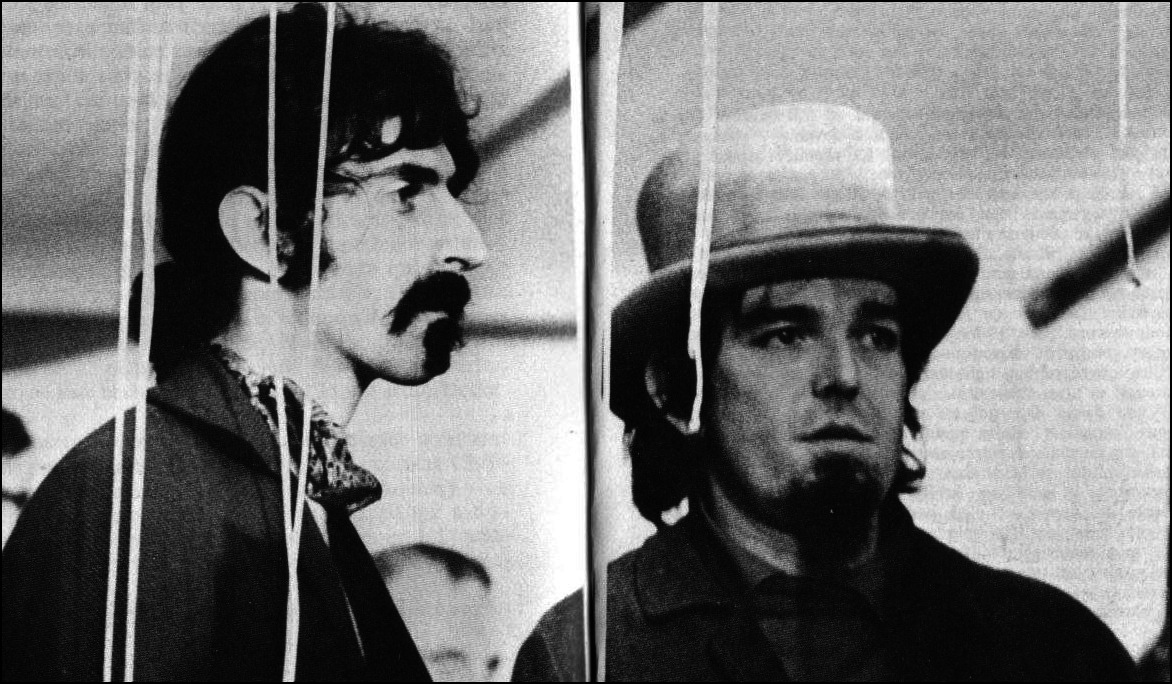 When the original Mothers of Invention broke up in 1969, Frank Zappa found he had time on his hands. With nothing better to do he does a little tourism and is eventually contacted by Jean Georgakarakos and Jean Luc Young, founders of the French BYG label and owners of the underground magazine Actuel. At the time they were busy producing an outdoor festival in Paris and the idea was to have a Zappa as MC and have him co-host the festival with Pierre Lattes, a famous French radio/TV presenter and music editor for Actuel magazine. Zappa was offered $10,000 with all expenses paid, and happily accepted although he didn’t speak a word of French.

Dubbed “The First Paris Music Festival”, the event was originally to be staged at the Pelouse de Reuilly in Vincennes from 24th–28th October, 1969, and a number of acts were booked, including Pink Floyd, Captain Beefheart, Ten Years After, Colosseum, Aynsley Dunbar, Freedom, Keith Relf’s Renaissance, Alexis Korner, the Nice, Caravan, Blossom Toes, Yes, Pretty Things, Chicken Shack, Soft Machine, Fat Mattress, East of Eden, and Archie Shepp. However, with the prospect of large numbers of hippies invading Paris, the local French authorities got cold feet and decided to withdraw the promoters’ license only a few days before the festival was due to start. But Georgakarakos and Young refused to give up. They re-named it “Festival Actuel” and relocated to the Parc Saint-Cloud, a park in the Hauts-de-Seine department, near Paris. The authorities would still have none of it and a court order finally settled the matter forcing the promoters to move the festival to Amougies, near the town of Tournai, right across the Franco-Belgian border, a three hour drive east of Paris.

With the marquee set up in the middle of a field, the festival took place over 5 nights, entertaining an audience of 15-20,000 to a unique mixture of progressive pop, free jazz and contemporary music despite the seasonal cold, damp and fog.
Zappa introduced his friend Captain Beefheart, and regardless of the cold weather and late time, he maintained a presence that provided a powerful stimulant to all the other musicians. Zappa played with almost everybody, including Pink Floyd, Blossom Toes, Archie Shepp and Aynsley Dunbar, a fabulous drummer he would hire shortly thereafter. Most legendary, of course, is Zappa’s jam with Pink Floyd on a very extended “Interstellar Overdrive”.

The festival was filmed, and a documentary called “Music Power” directed by Jerome Laperrousaz and Jean-Noel Roy went on the French cinema circuit in June 1970. The film was instantly banned because of objections from various bands, most notably Pink Floyd, whose permission hadn’t been properly secured. The whereabouts of the master tapes for the festival, if any exist, are unknown.

The original poster advertising the festival at the original location is available here at Weary Tune.

No products were found matching your selection.